Model Overview
The Nissan Sentra is powered by an advanced 1.8L 4-cylinder engine making 130 horsepower. While all trim models use the same engine, the base transmission is a 6-speed manual. S models and above however, feature a continuously variable transmission (CVT) which helps improve fuel economy. Regardless of transmission choice, the Sentra is extremely good on fuel, with ratings of at least 30 mpg in combined city and highway driving even on manual transmission equipped cars.
The 2016 Sentra is divided into five different trim levels, starting with the base S model. Though obviously fairly basic, the S does include several nice features and amenities. Standard items include Bluetooth connectivity, remote entry and trunk release, power door locks, mirrors and windows, cruise control, automatic headlights, speed sensitive volume control for the stereo and an auxiliary input jack.

The next step up in the Sentra range is the FE+ S. As the name would imply, the FE+ S is similar to the S, but focus' more on fuel economy. While amenities between the two trims are similar, the FE+ S also includes a CVT transmission, underbody aerodynamics, a rear spoiler and low rolling resistance tires. It's a combination that produces an EPA highway rating of 40 mpg.

The Sentra SV costs just a bit more than the FE+ S, but ditches the aerodynamics and low rolling resistance tires in favor of more upscale features. The SV comes with NissanConnect with Mobile Apps, a 5-inch color display, audio streaming via Bluetooth, premium cloth seats and door trim and a smart key with push button start.

The Sentra SR looks significantly sharper than lesser Sentra models, thanks primarily to the 17" alloy wheels and LED headlights. It also gets the rear spoiler from the FE+ S model and heated front seats.

The top of the line Sentra SL includes everything that comes on the SV along with leather seating surfaces, dual-zone climate control and fog lights. Starting at $22,170, the Sentra SL makes for a compelling alternative to smaller, premium cars such as base model MINI Coopers. Even at its highest price point, the Sentra still offers a decent value.

Several new safety features are available on the Sentra in 2016. A blind spot warning system helps when changing lanes, while a rear cross traffic alert system makes backing out of parking spots less of a shot in the dark. Other technology driven safety features available on the Sentra include a forward emergency braking system and intelligent cruise control. Both systems use radar mounted at the front of the car to help avoid accidents.

* Pricing is plus dealer installed options, College Grad and the Owner communication program. All pricing plus tax, tag, title and $987.50 dealer fee. Price subject to change. Offers cannot be combined. Not valid on prior purchase. To ensure ePrice, print and present upon arrival or call to secure your savings, speak with our Director on Duty, Mike or Janlique at (407) 926-7002. Please check with dealer to confirm options and pricing on your vehicle of interest prior to your visit as some may not be listed correctly. All pricing reflects rebates, programs and incentives available in the dealers zip code 32837. 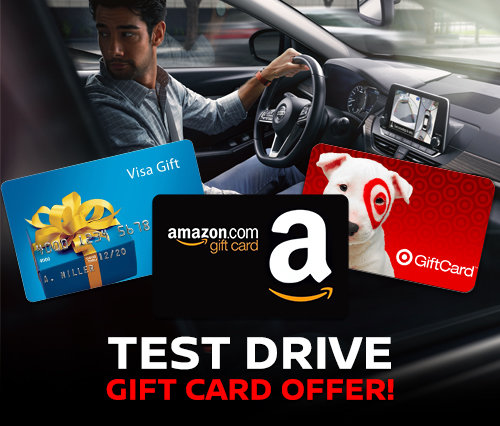